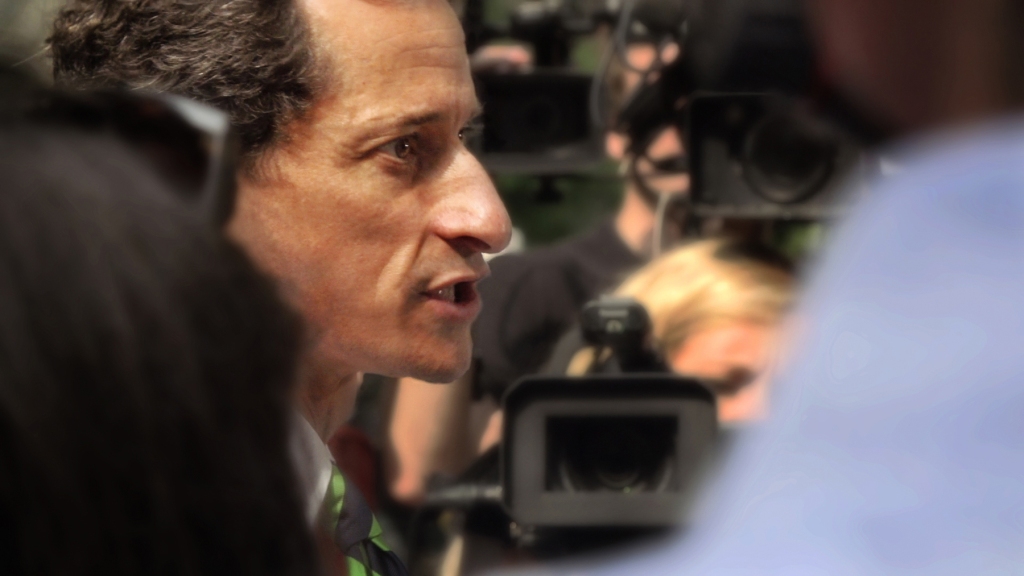 In the new documentary Weiner, former congressman Anthony Weiner is filmed making various campaign stops during his 2013 bid for mayor of New York City. At one of the stops, he tries to talk about affordable public housing in the Bronx, but none of the reporters wants to talk about this. Instead, they harangue him with questions about his latest sexting scandal. He tries to rise above the tumult, even shouting at one point, over everyone’s heads,  “does anyone have any questions about my plan for affordable public housing?” The camera cuts to a nearby woman, who shouts, to no-one in particular: “We’re from the Bronx! We don’t care about other people’s garbage! We care about the issues!”

That, I think, sums up many New Yorkers’ attitudes toward their local elections. New Yorkers (including myself) have a litany of urban problems which we want resolved ASAP, even as we constantly and loudly express how much we love our city. We pride ourselves on having seen it all; we like to think we don’t care about our politicians’ personal lives (exception: Eliot Spitzer). We are opinionated and judgmental, but pragmatic: will you really support the completion of the Second Avenue subway? On the other hand, New Yorkers are also prime consumers of tabloids; in Weiner, you can’t help but feel that the man was tried and effectively voted down by the tabloid press, whose witty, raunchy headlines made a punchline of someone who was actually a very good politician and public servant. It is very possible that the New York City tabloids’ largely unfavorable coverage of his personal life cost him the election. Whether we like it or not, the politician’s personal life is now a commonplace, and many believe, relevant topic of political discussion and decision-making. Though some of us do not judge a candidate by his sexual peccadilloes, we might also wonder if it’s worth electing someone whose ability to stay focused on “important issues” is compromised. I don’t think most New Yorkers expect their politicians to be 100% morally uncompromised (exception: Eliot Spitzer). However, I would suggest that most expect and even desire them to stay out of trouble, particularly as da Mayor has to act as cheerful bandleader to the large orchestra that comprises New York City’s city council, borough presidents, community boards, and the like. It is clear from the documentary (and indeed, from Mr. Weiner’s congressional record), that he wants to tackle the “tough issues” (“nuance” is a word which he frequently uses in the film). However, you can’t tackle those issues when everyone else wants to gossip.

Running parallel to this public consumption of private lives is the highly social media age in which Weiner ran for mayor. His sexual encounters were physically chaste but digitally explosive – in many ways, just as explosive as if he had an actual physical affair (see again: Eliot Spitzer). The internet universe is a great equalizer. Witness: Sydney Leathers, one of the women Mr. Weiner sexted with, mentions her disappointment with her “hero” and his moral failure, ironically ignoring the fact that she herself is morally compromised by capitalizing on a consensual and banal sexual exchange online to parlay her to an interview on the Howard Stern show. On the internet and within the false privacy of texting, there is no moral high ground. The film suggests that we should be careful before we point a finger or we press “send.”

There are four women in this film who are to me heroic in their stoicism and support. First is his mother, Frances, who mans the campaign phones with the cheer of a PTA parent. There is his young and talented campaign manager, Camille Joseph, a veteran of the Obama campaign and who regrettably we don’t see much in the film. There is also Barbara Morgan, his Communication Manager, whose WASP-y, stiff-upper-lip persona cracks in the phalanx of harassing paparazzi. And of course, we also see the redoubtable Huma Abedin, a political player in her own right, who expresses volumes with her silent shrugs and her chic and armor-like outfits. One wonders whether Mr. Weiner finds it bitterly ironic that women are both his strength and his Achilles’ heel; how’s this for a political tragedy?

The film successfully stitches together several forces at play with the dirty politics of running in politics: the intense media scrutiny, the money-asking, the pundit rebuttals, the constant stream of questions and stories to spin. Regardless of whether you find Weiner a sympathetic figure, it is clear that it requires more than political savvy to run for office. The moral of this particular story seems to be: 1) don’t run for Mayor of New York unless you are strong enough to stand up to a bully in a kosher bakery and 2) don’t assume you are more moral than anyone else….particularly in politics.

Winner of the Grand Jury Prize (Documentary) at the 2016 Sundance Film Festival.
Weiner was featured in the 59th San Francisco International Film Festival, which ran 21 April – 5 May 2016.