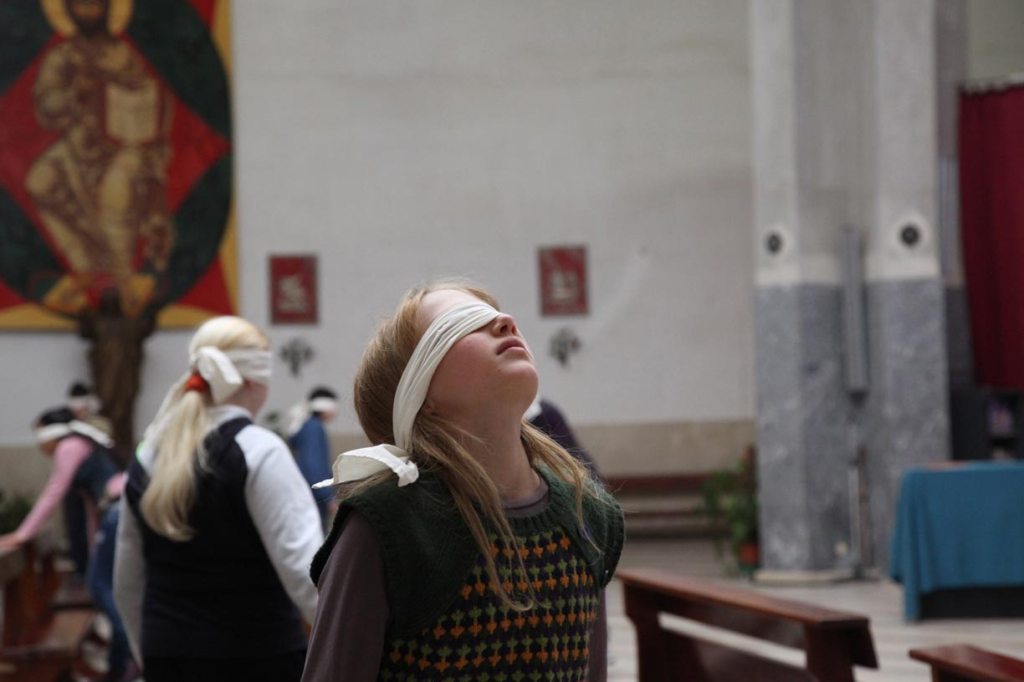 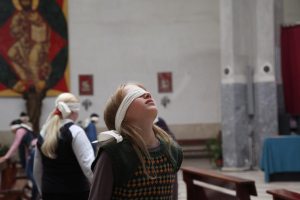 Rohrwacher’s sympathetic but clear-eyed treatment of Southern Italian Catholicism is one of the most wonderful and truthful films I have seen in a long time. It has the feel of a narrative film and the boldness of a documentary: her debut feature unravels the ways in which the Catholic Church, especially in the context of impoverished and traditional communities, maintains strict hierarchies of power and control of knowledge, all in the name of God and of culture. Rohrwacher, who herself was not raised in a particularly religious household, does not enter into a God-versus-modernity debate; instead, she simply shows how organized religion can create a false sense of community identity and, more important, can tarnish personal identity. Organized religion, even as it enshrines visual and oral professions of faith, can actually serve to make us forget those things which really comprise true faith: love, compassion, the miracle of everyday beauty, and respect for nature and for human beings. Furthermore, in the context of Reggio Calabria, organized religion also serves to maintain the power dynamics between powerful (political) men and voiceless (domestic) women.

Though her directorial style and narrative framing is very different from that other chronicler of Italian provincialism, Federico Fellini, there is one beautiful Fellini-esque moment at the end of the film which we could not help but notice: Jesus on a crucifix, watched dubiously by his believers and non-believers, as he floats away in the sea.