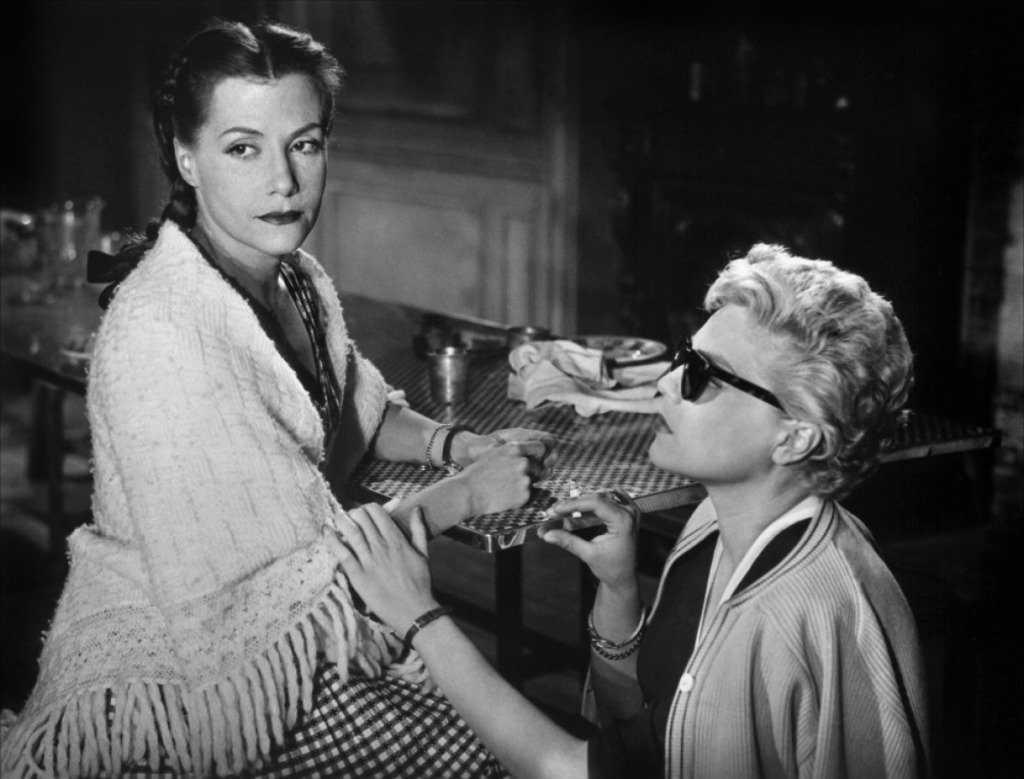 Nicole’s betrayal of Madame Christine Delassalle was for me more devastating than the Mr. Delassalle’s betrayal of his wife. After all, Monsieur is set up to be thoroughly cruel, miserly, capricious, domineering and selfish. At the film’s bitter and tragic end, are we really surprised that he is one of the “diaboliques?” For it is post-war France, and we are led to believe that two women are poised to be independent from the cruel man in their lives by virtue of their careers—they don’t need  him to survive. Christine Delassalle actually founded and funded the school her husband runs, and Nicole Horner, his mistress, is not only a capable teacher, but also a landlord. In short, both women are mistresses of their own domains. Thus, it doesn’t seem strange that when they decide (almost reluctantly, in delicious film noir irony) to be partners in crime; despite the grisliness and amorality of this endeavor, you hope they succeed. Nicole and Christine, played to startling and brutal perfection by Simone Signoret and Véra Clouzot, fill the screen and most of the film with their contrasting blonde/brunette characters. They are in the same position, while being on opposite sides: this love triangle can be no longer. It is their relationship we want most to succeed regardless of what happens to M. Delassalle. The precarious earnestness of that relationship of course, is what sets us up for that twist ending, but if you have never seen the film before, that relationship is real and better than any love story…or so it seems. But the rules of film noir prevail in the end: you cannot trust your partner in crime, not even for a moment.