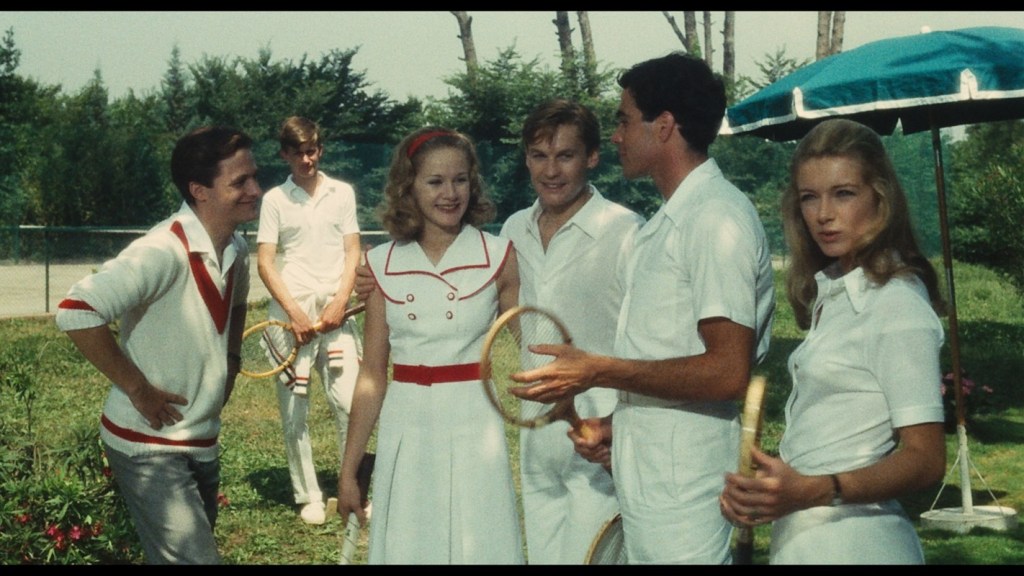 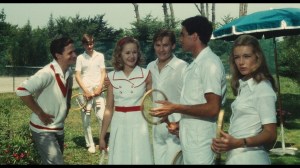 The Garden in question is certainly Edenic; from the opening credits we are treated to the dappled, soft, pastel haze of sunlight through the trees. There is a high garden wall which keeps out the ugliness of the rest of the world (but which encourages the young lovers to climb); a dilapidated but serviceable tennis court; ancient trees, and lush pathways through which healthy young people on bicycles and placid elderly placid relatives can meander at their pleasure. The family of the Finzi-Continis are in self-imposed exile (or is retreat?) in their lush gardens and courts as they have been kicked out of their local tennis club (and elsewhere, it is implied) for being Jewish.

For this is Italy circa 1939 and Nazi and Fascist policies are starting to take hold in the elegant city of Ferrara, without discriminating between the Jewish rich or poor, male or female, young or old. Through a series of small but increasingly malevolent and threatening incidents—menacing phone calls with no callers, expelled students, Nazi propaganda films being shown in the cinema—De Sica skillfully and devastatingly leads us toward the inevitable conclusion: the round-up of all the Jews in Ferrara and deportation to the camps. Though you know what will happen in the end, you nevertheless hope against hope that nothing bad will happen to them in the end. De Sica portrays the haute bourgeoisie, even with their rich cares, very sympathetically. They go to school and want to do well, they treat their servants kindly, they welcome new friends, and observe domestic and religious rites with a cheerful and genuine attitude. De Sica takes his time introducing us to each character great and small (even the dog) and so by the time several of them get rounded up at the end, you genuinely grieve for them.

One could not help but be reminded of a film which preceded this one, Buñuel’s Discreet Charm of the Bourgeoisie. Buñuel gently but devastatingly pokes fun at the bourgeoisie’s reluctance to accept the dangers and, more important, the banalities of the outside world, always teetering around their eventual and hospitable destruction, only to triumph over and corrupt the working class and their governments. They may be buffoons, but the bourgeois win, largely because (and not despite of) their fundamental refusal to accept that the rest of the world continues without them. One is also reminded of a much later film, Io Sono Amore (2009, dir. Luca Guadagnino), also set among the haute bourgeoisie in Milan. This is closer in spirit and tone to Garden; the outside world starts to chip at the family Recchi’s walls, in the form of corporate takeovers, amorous liaisons with people outside their class, homosexual relationships, and even marriage to non-Italians. But The Garden is memorable for its Romantic heart and for a nostalgia for an Italian way of life which perhaps never was.