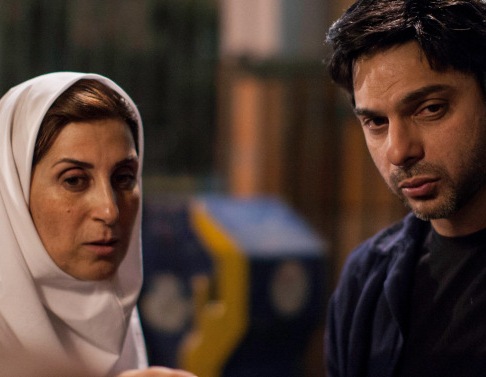 Like a collection of short stories, Wild Tales and Tales each present a unified narrative and point of view, despite form. The first, by Argentinian director Damián Szifron, includes six defined and unique stories, each with their own characters, tone, timing, and importantly a particular setting, which like a time bomb, counts down to some terrible explosion (of the literal and emotional kind). The unifying point of view is the “undeniable pleasure of losing control,” that feeling of accomplishment when you get to inflict revenge and be absolutely truthful about your desires. What would happen if you were not beholden to anyone else?  What would happen if you could always act on your feelings?  In the fantasy logic of Wild Tales, the oppressed act as though they have nothing to lose, and yet they pay no consequences. Simón, the engineer of “Bombita,”  frustrated at the many petty bureaucracies of his city, blows up a parking lot but earns back his family’s love while in prison. The tycoon of “The Deal,” tired of being used and manipulated for his money, lays down an ultimatum in which someone else (poorer) pays the price. It is a perfect fantasy, bourgeois in its visual and emotional closure, which we all guiltily (or not) enjoy. Rakhshan Banietemad’s Tales functions as one long Olympic relay, with the story’s torch passed down from one character to the next. While this format was necessary to satisfy Iranian censors,* it is nonetheless successful in conveying the ways in which humanity is connected. Even more so than the characters in Wild Tales, the ones here have nothing to lose because the political, legal, and economic system has left them behind.  They neither have the luxury of money or class privilege to lose. They want a different kind of justice—not simply the kind that assuages their dignity and humanity (though that is a singular need) but for a general, overarching justice that helps all who are oppressed. The women who work in the shelter protect themselves for their sake but also for the sake of the others that they help. The factory workers protest layoffs for their families’ sake, but their voice is more broad, as though speaking for all workers. In connecting what would have been disparate narratives, the film successfully speaks in one voice, with the oppressed speaking on behalf of others and those others speaking on behalf of other others. Personal stories, losses, truths, and humiliation are but the base for a bigger story about humanity’s need for the basic things in life. In some ways, this is as fantastical as the premise of Wild Tales itself, for who does not fantasize about a world in which we all truly speak up for each other?

*Tales was filmed as separate short films to reduce scrutiny from Iranian censors.