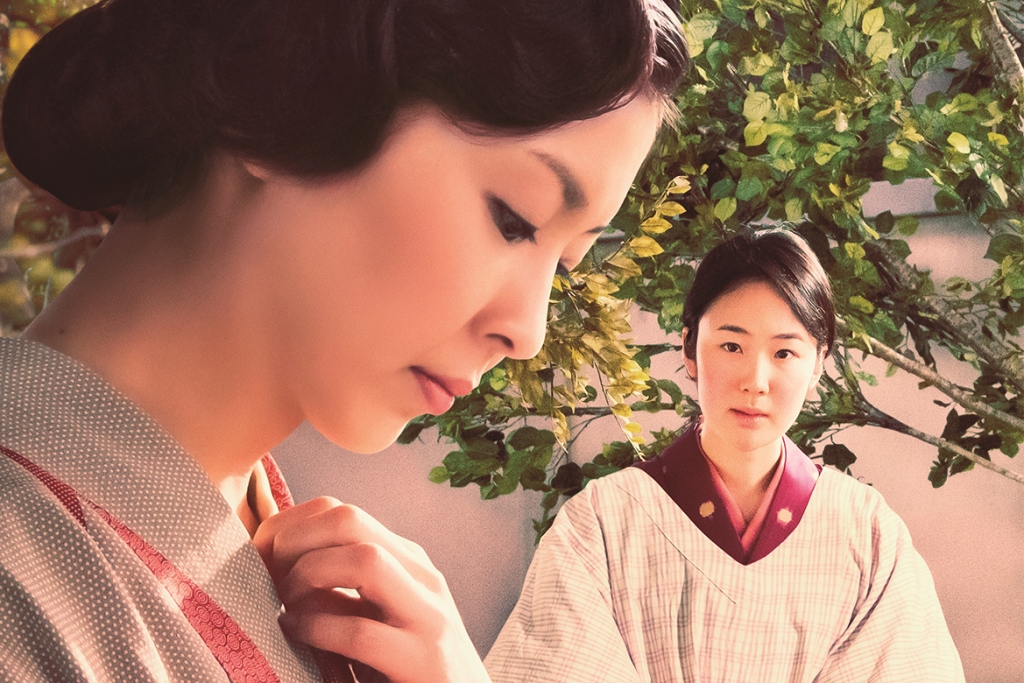 The tension between personal memory and public history is quietly observed in the prolific Yoji Yamada’s Chiisai Ouchi, based on Kyoko Nakajima’s award-winning novel. When young Takeshi encourages his elderly great-aunt Taki to write her autobiography, he doesn’t believe she is writing the “truth” about her life as a young maid in a bourgeois Tokyo household during World War II. Because she doesn’t directly talk of the war between China and Japan and then later between the Axis and Allied powers, he assumes that she is laying on a rosy veneer for the benefit of posterity. However, as we find out through flashbacks, her recollections, of the interior and domestic kind, was indeed reflective of a part of hidden history, that of a rural woman of a certain societal  status constrained by her class and gender. The master of the household and the men who come in and out of the house bring the exterior world with them, with their talk of business, Japanese nationalism, American food and women; but she and the mistress of the household are excluded and sheltered. This inter-generational misunderstanding is cleared up after Taki’s death, where Takeshi learns the true and fallible nature of memory.

Part of the World Cinema section of the 37th Mill Valley Film Festival.