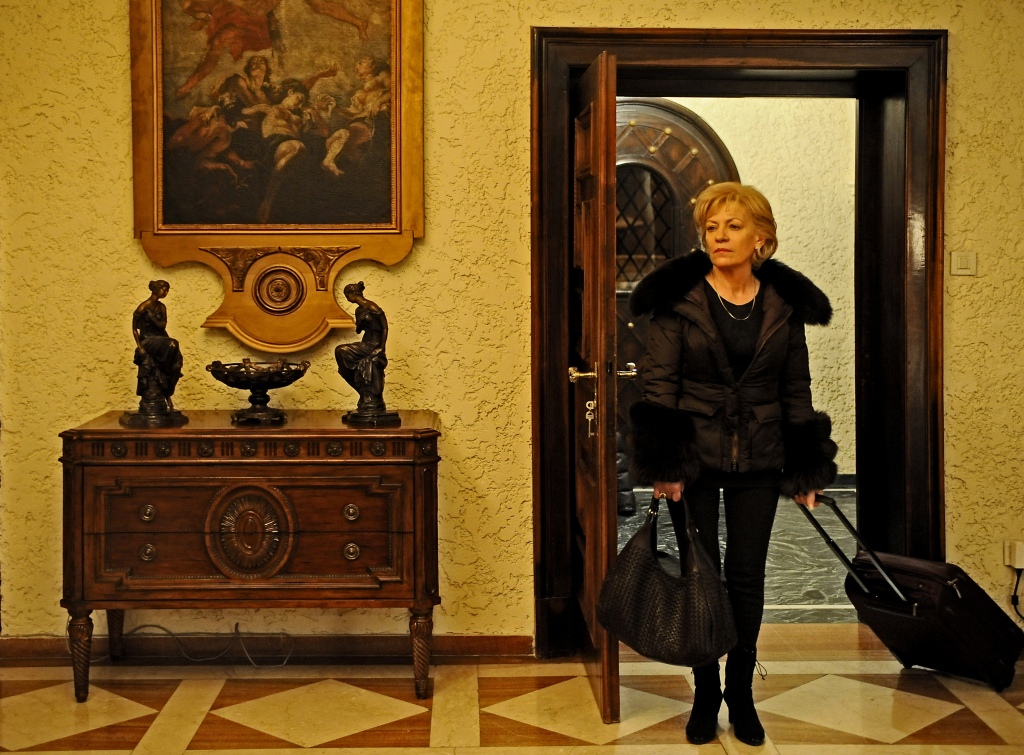 Cornelia Keneres, the formidable mother and central character in the excellent and brisk Child’s Pose, learns that her adult son, Barbu, has killed a young boy in a car accident. After an initial bout of confusion and high emotions at the police station, she resolves, seamlessly, and without drama, to take care of the situation. By this, she means to sort out everyone: the witness, the police, the forensics experts, the slain boy’s family, and everyone else whom she thinks can help ensure that her boy does not go to prison. What is extraordinary—and deliciously real—about this character portrayal and narrative turn of direction is Cornelia’s bypassing of any moral, ethical, or legal constraints. She is not evil, nor is she portrayed as such. She merely assumes the power which her class and urban privilege gives her and wields it as advantageously as she can. She assumes that her position, combined with her methodical and pragmatic approach, can change her son’s destiny. She will direct this play (as slyly and cleverly presaged earlier by a scene at an opera rehearsal). She is a professional architect and designer, after all; this is another project she has to manage, albeit with larger stakes. Of course, the specter of an Oedipal relationship looms throughout the film as it quickly becomes apparent that her primary and most fraught relationship is with Barbu, who orders her around as mercilessly as she coddles him. Over thirty years of this co-dependent relationship has made Barbu angry, resentful and seemingly helpless; concurrently the prospect of losing her son gives Cornelia an existential crisis. She lives for him: who will she be when he is gone? This multi-layered meditation on power and privilege moves crisply between mother-son relations and class relations, all without losing the power of individual and well-directed moments.

With the excellent Luminita Gheorghiu as Cornelia and the equally formidable Natasa Raab as her sister Olga.

Child’s Pose was the winner of the Golden Bear at the 2013 Berlin International Film Festival.

Now playing at Landmark Theaters in the Bay Area and elsewhere in the United States.