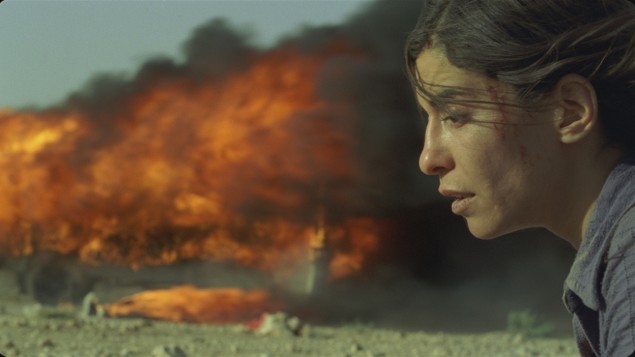 This Greek tragedy of a film, which has premiered at several other film festivals and has won many awards and nominations (including the Oscar for Best Foreign Film), deserves all the acclaim. It has been a long time since I saw a film (including during this festival), where most of the audience stayed behind to watch the credits, and most of all, to talk to each other about what we experienced. We were all conveyed skillfully through the story and to its heart together, and the catharsis afterward when we talked about it was palpable. Several other reviewers have commented on the film’s virtues more eloquently than I can, so I will restrict my comments. First, to the acting, especially by the lead women, Lubna Azabal and Mélissa Desormaux-Poulin, who play mother and daughter respectively. They are both the beauty and the beast of the film – their beauty ravaged emotionally and physically by the war. If the mother is the war then the daughter is the shell-shock. Second, to the director (Denis Villeneuve), to the cinematographer (André Turpin) and the film editrix (Monique Dartonne) who skillfully unroll the narrative with just enough mystery and surprise to keep the audience thinking and, more important, hoping for the best. The film is all the things the critics say: poignant, compelling, important, powerful. To that, I will only add: exhausting.