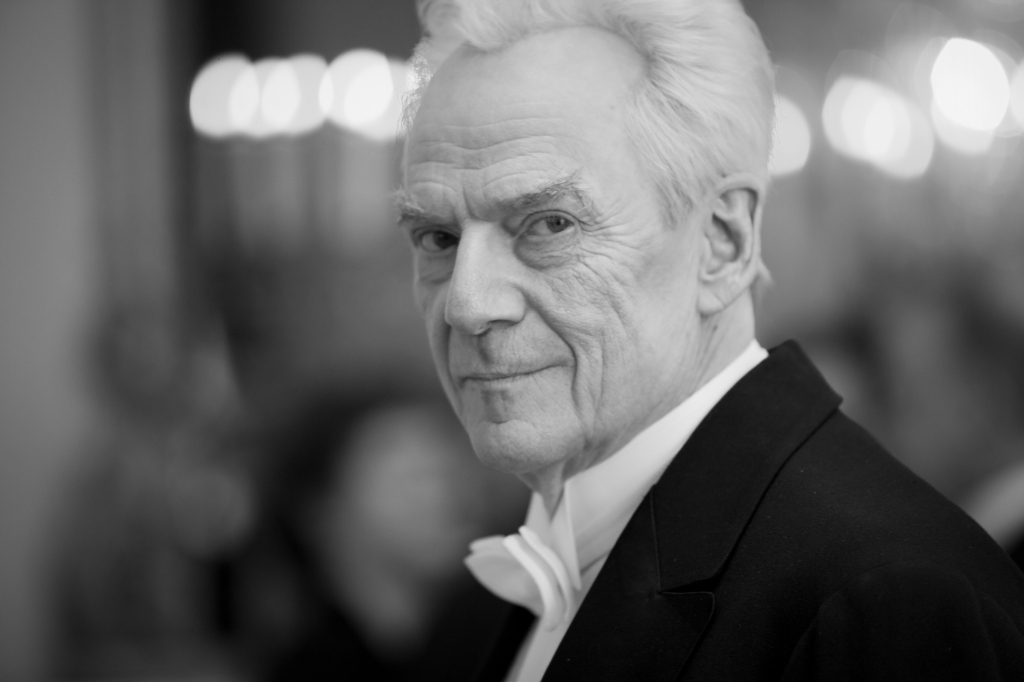 The Last Sentence, by the great filmmaker Jan Troell, is a biopic about Torgny Segerstedt, an outspoken Swedish writer and editor who defied Sweden’s official neutrality stance to denounce Hitler and the Nazi Party. It has all the makings of an epic biopic: the Baltic background of World War II, the impending force of the Russian army in addition to the German one, and a man of an enormous political moral conscience standing up to extremism and war at a great personal cost. Like Schindler’s List, it is filmed in beautiful black-and-white (nothing neutral in cinematographer Mischa Gavrjusjov’s stunning contrasts), its shadows enveloping Segerstedt in ambiguity. For while it is clear the filmmakers have a great respect and admiration for the late Segerstedt, they are also quick and subtle to point out his less than noble actions as a human being. After all, it is a portrait and not a piece of patriotic propaganda.

From the outset, one knows how the story will end: a single man crusading against the forces of war makes his point, but at a great cost. But what is deft and surprising are the smaller moments which make this film personal and compelling. First are the occasional Proustian shots of a river flowing, a pause to reflect on the passage of time and the way in which the current of war literally sweeps away all the characters. Then (and evocative of Bergman and Fellini), there are the scenes where Torgny imagines the appearance of his late mother at critical moments, as though to be comforted against the rifts in his moral conscience. There is the specter of death, in the form of a son who died years ago and whose ghost threatens the harmony of his family. Finally, there are the complex, funny, heartbreaking and often unsentimental portrayals of relationships and affairs rent asunder by the war, but more importantly, by internal failings, needs, and mysterious drives. Like Sweden between Germany and Russia, individuals are conflicted by opposing forces: Torgny and his wife and mistress; his mistress Maja’s religion and country; the publisher Forsmann’s  love for both his wife and his editor.In The Last Sentence, there is no such thing as neutrality: one gravitates toward a position in life, motivated, in Segerstedt’s case, by a need for love, for action, and for some sort of truth, even as lies build around him.

With original music by Gaute Storaas.