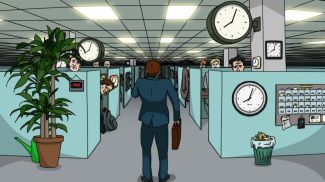 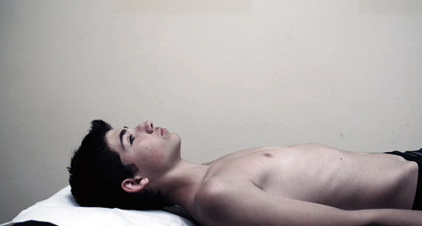 The Berlin and Beyond Film Festival opened strongly yesterday with its shorts program, Sensational Seven. The program was well-curated, with a wide variety of styles, from realist to surreal to animation and everything between. And though it included emerging filmmakers to complement the established, all of the films were polished, assured, and confident enough to stand on their own. About the only thing these films had in common was the German language, though even that sense of uniformity was unraveled by its different deployments: there were long periods of meditative silences (Laüfer), visual puns which stretched the verbal toward the literal (Nashorn im Galopp), and furniture-chewing (Eat). Thematically, the program was also wide-ranging and compelling. Karlstod and Reverie dealt with universal themes of death, grieving and the precariousness of life. Others had slightly more German preoccupations, with Eine gute Geschichte covering the personal legacies of World War II, and Laüfer covering the plight of a young illegal immigrant in Hannover. The program ended, perfectly, with Der fremde Fotograf und die Einsamkeit, a witty and romantic take on the foreign language learning tapes of our adolescence.